The ocean is bluer in O’ahu

It’s a most undignified way to roll up to former California Governor Arnold Schwarzenegger’s favourite restaurant. 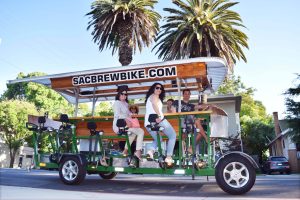 We arrive at Lucca, in Sacramento’s leafy Midtown, hooting and hollering on one of those 15-person party bikes that resembles a bar on wheels.
Usually, Sac Brew Bike’s tours hit rambunctious pubs.  But, our group has chartered the party bike to peddle the eight blocks from Sac Brew Bike’s bar and headquarters to fine-dining Lucca.

Bruno Mars’ 24 Carat Magic is abruptly yanked from the sound system, we stifle our laughter and spill off the party bike to compose ourselves on the sidewalk before entering tony Lucca.  We’re shown to our table in front of the fireplace on the sun-dappled courtyard and immediately break into excited chatter.  We’re hyped to have made this amazing transition from low-brow to high-brow, chosen a unique mode of transportation and warmed up beforehand with beer flights at Sac Brew Bike’s bar. 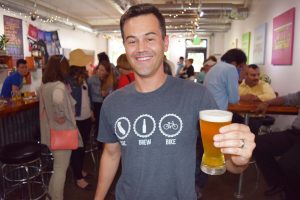 The hilarity actually started when we hear the name of beer No. 2 in the flight – West Sacramento’s Yolo Brewing Man Bun Pale Ale.
It’s the ultimate hipster lampoon, mocking the very millennial demographic that buys, drinks and enjoys the unfiltered, fruity and hoppy brew.

If that jeer isn’t enough, Yolo also satirizes other millennial stereotypes with its Codependent, Helicopter Mom, Triggered and Snowflake beers.

But, back to Lucca.

The Governator frequented the eatery while in office from 2003 to 2011 at the nearby California State Capitol Building. 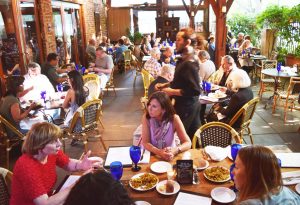 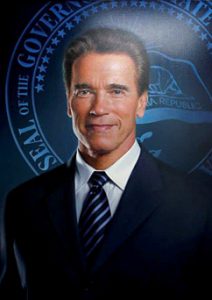 The actor-politician and former Mr. Universe even had a beloved salad named after him.  The Governor’s Salad is mixed greens tossed in lemon vinaigrette and topped with bacon, tomatoes, blue-cheese crumbles and pork sausage.

My wife, Kerry, and I skipped the salad and instead ordered California catfish accompanied by a glass of Balletto Pinot Gris from the nearby Russian River Valley.

After all, Lucca is one of the restaurants helping Sacramento claim California’s Farm-to-Fork title.
Farm to Fork can be casual too, which is how we find ourselves the next day lunching at the bar and grill aboard the Delta King, the paddlewheeler that’s now a hotel and restaurant docked in the Sacramento River.

The fish tacos pair nicely with a glass of Viognier from McManis Winery in nearby Lodi.

Air Canada recently launched the first non-stop service from any Canadian city to the California capital, with daily flights between Vancouver and Sacramento.  It may seem like an odd choice.
Sacramento, even though it’s the state capital, is often considered the red-headed stepchild to world-class San Francisco, just three hours away to the southwest.

However, Sacramento is now having its moment.

Even those from San Francisco have noticed Sacramento’s vibe and quality of life and are vacationing and relocating to this smaller city in Northern California’s interior. 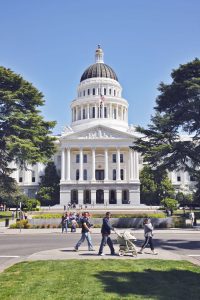 The rest of the world has also taken heed.  This city of 500,000 sits pretty on the Sacramento River, has a modern downtown and an Old Sacramento district that looks like a wild, wild west movie set, replete with Gold Rush-Pony Express-stagecoach-saloon-and-railroad history.
And outdoor adventure is always nearby.  That’s how my wife and I find ourselves an hour away in Colomo, in the heart of Gold Country, so named because its history is inextricably linked to the California Gold Rush of 1849.

But the purpose of our visit is not to find gold, but some whitewater rafting on the South Fork of the American River.
It’s a blast having Raft California guide Jeff Steele scream at us to paddle rigorously one, two, three forward and one, two backward to avoid smashing into boulders jutting out of rapids with names such as Meat Grinder, Racehorse Bend, Threat and Trouble Maker. 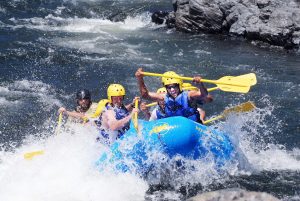 Check out VisitSacramento.com and AirCanada.com.