Of Camels and Casablanca

The ocean is bluer in O’ahu

Of Camels and Casablanca

On cue, an hour before sunset, there’s an explosion of activity on Lalla Meriem Beach.
Surfers catch a distant wave.  Swimmers amp up their splashing.  Soccer and volleyball games break out on the wide swath of dark, fine
sand.  Arabian horses trot back and forth. 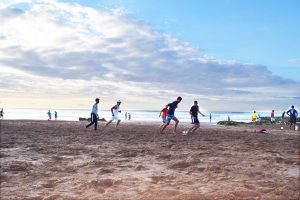 And, the ubiquitous camel appears.  The heat of the North African day has started to dissipate and it’s
time to frolic.  The surreal scenario prompts me to gravitate to Mostafa Lmalki and  his camel Rgrariya. 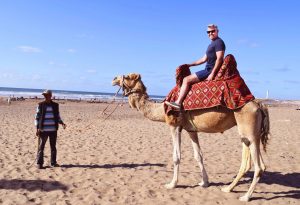 Rgrariya is friendly and appreciates a pat on the neck and scratch
behind the ear.  He’s not at all the spitting, biting, ornery camel I’d been warned
about.  Perched atop Rgrariya, with Lmalki leading, we lope across the sand
to the Atlantic.

Following the water’s edge, I savor the scene and can hardly believe

I’m in storied and exotic Casablanca.  Only hours before, my wife and I had arrived in Morocco’s largest
city, well-rested after flying business class on an Air Canada Airbus  333 non-stop from Montreal.

The route has been so popular since the airline started flying it  seasonally under its discount Rouge banner last year that Air Canada opted to expand to year-round service on the main airline.

“We’re already seeing a spike in Canadian guests as a result,” says  Four Seasons Hotel Casablanca public relations director Jihane Ayed.  “They love that we’re a luxury Canadian brand and we’re an urban oasis on the Atlantic. Plus, Morocco seems to be on everyone’s bucket list right now.”  Me and my wife are settled in Room 512 of the hotel, which overlooks  the courtyard pool and the beach where I became camel acquainted. 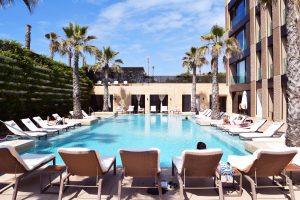 Upon Ayed’s recommendation, we hit Casablanca’s big-three tourist
attractions on a day-long tour.
With room for 25,000 worshipers inside and 80,000 on the courtyard,
the Hassan II Mosque, named after current King Mohamed VI’s father,
is the third largest in the world after Mecca and Medina, both in
Saudi Arabia.
But Hassan does have the tallest minaret tower on the planet at 210  metres. 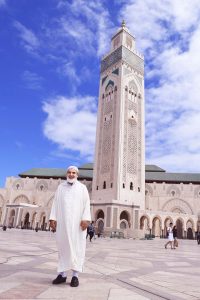 The souks (market) inside the Old City’s Medina walls bustle with
locals and tourists alike buying everything from djellabas
(traditional robe for men and women) and pointy Moroccan slippers to
olives and filigreed brass lamps.

We just have to cap off the day with dinner at Rick’s Cafe, the
restaurant and bar inspired by the “gin joint” Humphrey Bogart’s
character famously owned in the 1942 Oscar-winning movie Casablanca.
The film may have been shot entirely on a Hollywood set, but that
didn’t stop former American diplomat Kathy Kriger from recreating the
look in a stylish white mansion in the namesake city. 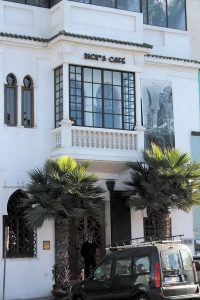 Tourist trap label aside, Rick’s serves good food (order the Moroccan
roasted lemon chicken), has an extensive wine list (sip the Moroccan
white wine from Coteaux de l’Atlas) and enjoy the live music (a jazz
trio played while we dined, or there’s a piano player most other
times, who definitely gets asked to play the movie’s signature tune,
‘As Time Goes By.’)