It will become my wife, Kerry, and I’s mantra during a long weekend of self-regulated revelry in West Hollywood.For every drink sipped at the rooftop pool of The London West  Hollywood Hotel there will be an hour of cycling in Beverly Hills spying the mansions of the rich and famous. 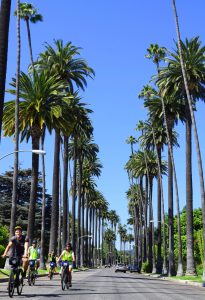 The morning after a wine-paired dinner at Lucques on Melrose Avenue,  an hour at the trendy urban sweat lodge is de rigueur.

Another dinner at Sunset Boulevard hotspot Tesse requires next- morning jogging in the Hollywood Hills.

Yet, the indulgence of playing with The London’s real-life bulldog  mascot, Winston, requires no  repentance at all.  He’s just so cute and cuddly. 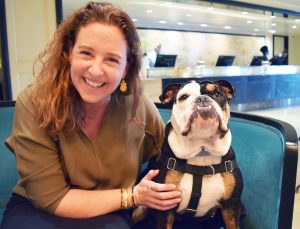 We picked West Hollywood for our long weekend of balance because it’s the epicenter of weather-perfect Los Angeles.

And as our Bikes and Hikes LA cycling guide Zach Signote explains,  West Hollywood is the California capital for anything-goes fun. 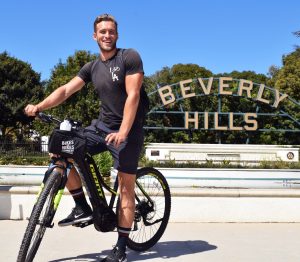 As such, WeHo, as it’s called by those in the know, is an enclave for the stylish LGBTQ+ community, A-list Hollywood celebrities, entertainment industry titans and tourists.

We see such diversity on the scenic 10th-floor, cabana-ringed and palm-treed rooftop pool of The London while lounging and sipping those aforementioned drinks. 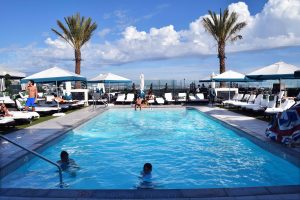 Singletons and couples, both straight and gay, sunbathe and a family  from Germany and another from the American Midwest splash in the  aquamarine water.

As its name suggests, WeHo is its own 4.9-square-kilometre city smack dab in the middle of Los Angeles, west of Hollywood proper. West Hollywood is home to famous stretches of Sunset Boulevard, Melrose Avenue and Santa Monica Boulevard replete with shops, restaurants, bars, talent agencies and TV headquarters.

And, back on our bikes, we pass it all on our way to adjacent Beverly Hills to glide past the mansions of the rich and famous.
Full disclosure: they are electric-assist bikes, which means we still have to peddle, but e-boosts kick in when we need it on the tony neighbourhood’s inclines.

We flit past Beverly Hill’s only highrise, Sierra Towers, where Cher, The Osbournes, Lindsay Lohan and RuPaul call home.

With some exercise under our belts, we reward ourselves with lunch at Gracias Madre, a vegan Mexican restaurant on Melrose Avenue, where we order the jackfruit tacos and an enormous margarita for two. 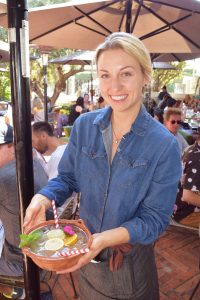 Then, there’s more pool time at The London before heading out to Lucques’ ivy-covered courtyard for pan-roasted barramundi fish paired with Gruner Veltliner wine from Santa Barbara County. 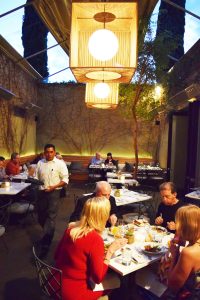 The next morning, to effortlessly work off the indulgence, we drop by the West Hollywood outlet of Shape House – an urban sweat lodge. We’re wrapped in infrared blankets and heated to 77 C for an hour while we sip alkaline water and watch repeats of That ’70s Show on TV. 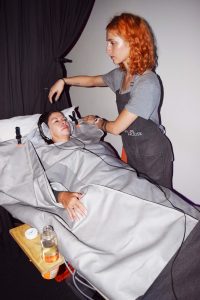 The profuse sweating promotes weight loss, reduces stress and soreness and gives you a big metabolic boost for 36 hours. Invigorated, and armed with the promise of faster metabolism, we Uber to outdoor mall The Grove for some shopping and lunch before more pool time back at The London and dinner at Tesse on the Sunset Strip.

At Tesse, I’m sure we obliterate all the benefits of our sweat by gorging on caviar on toast, lobster sausages with French fries double fried in duck fat and chocolate souffle.

Oh well, I went for a run the next morning to repent, zig-zagging up and down streets in the Hollywood Hills to soak in the palm-tree scenery and say goodbye to California before returning to Canada’s upcoming winter.